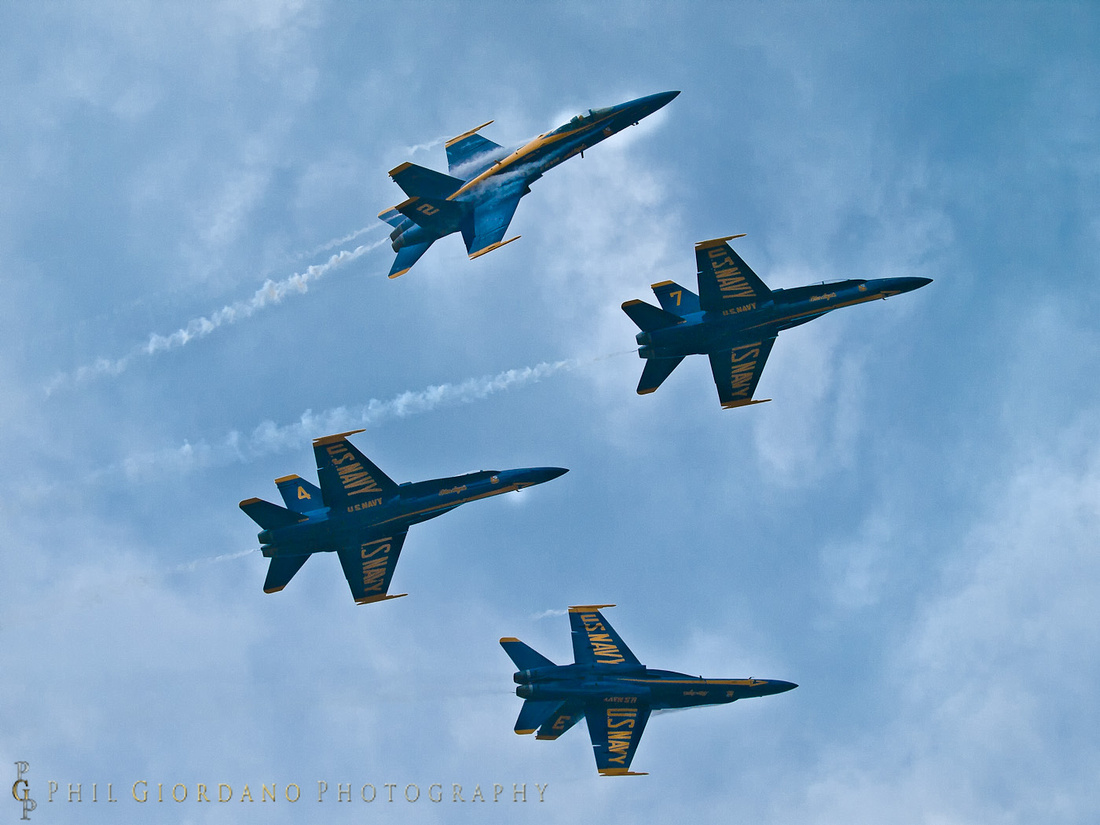 May 17 and 18 at Quonset Air National Guard Base

The US Navy Blue Angels will headline the list of performers this year which also includes the following:

The Rhode Island National Guard has participated in the Open House/Air Show since 1991. The air show is a safe,fun, family event that is free of charge. Many sponsor companies have made significant donations that include sunscreen, water, ear plugs and various items to the show's children’s area and offers this all to families at no charge. The air show also provides a vehicle for contributions to local charities which to date exceed $1,700,000. The Hasbro Children’s Hospital is the air show's largest benefactor and has received over $1,500,000 since inception. A $10 donation per vehicle is optional upon entering the air show. Food and beverages are available at the show at reasonable prices too.

The 2013 show was canceled just two months before it was scheduled to take place, because of federal budget cuts known as sequestration. The sequestration cuts in 2013 led to the cancellation of a significant number of military outreach events nationwide. The Pentagon has decided to resume its military community-outreach programs but has pared down the number of events significantly due to budget cutbacks. 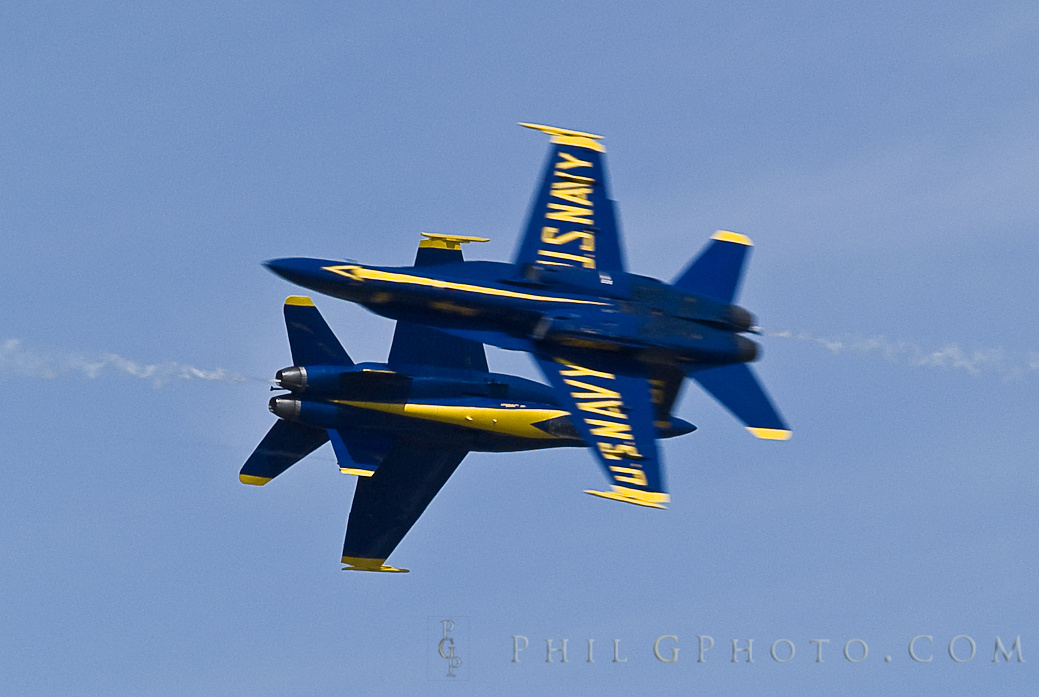 You will be standing on a hot tarmac all day and there are very few places to find shade. Remember to bring headgear, suntan lotion and water in a clear bottle, and money to buy food, drinks and perhaps some souvenirs while you are there.

The gates open at 9AM. The show begins at 10AM and the show goes on until 4.30 pm Saturday and Sunday.

For more information, check out the Air Show FAQ

This Is A Great Opportunity For Photographers 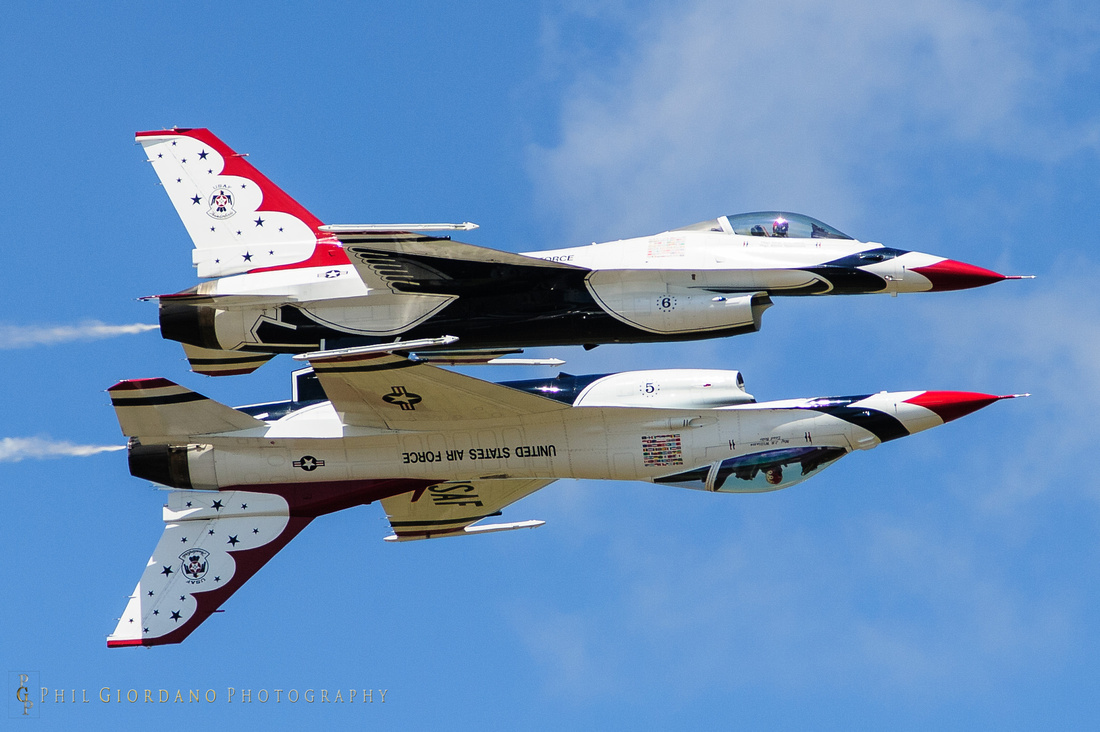 There are plenty of challenges for photographing aircraft in flight. For the jets, you need a high speed shutter setting on your camera to catch the action and make sharp images. Shutter speeds of 1/2000 sec or higher should be used for the fastest moving jets. Propeller-driven aircraft are more of a challenge. Although they fly slower, try to use shutter speed settings of 1/250 sec or less to capture some prop motion blur, otherwise, the prop driven aircraft will appear unnaturally frozen and look as if they are about to fall out of the sky! For helicopters, try using shutter speed settings of 1/60 sec or less to blur the slower rotors. These slower shutter speeds will make it challenging to keep the moving aircraft sharp in the frame, while allowing for the capture of motion blur in the props and rotors, so good hand-holding and panning technique is a must! You can also try shooting in burst mode to capture at least one sharp frame out of a burst.

Tripods are NOT a good idea on this occasion - too many people, and the action is too fast except for hand-held shots. Air show security may not let you in with them, so do yourself a favor and leave them at home.

A zoom lens that can handle wide and telephoto shots is a bonus on these occasions. Otherwise, bring a wide angle for those "big picture" shots, or shots of aircraft on the ground, and a long zoom lens for the aerobatic displays. I generally use a 400mm lens for aerial shots and 24mm for the static aircraft displays on the ground. 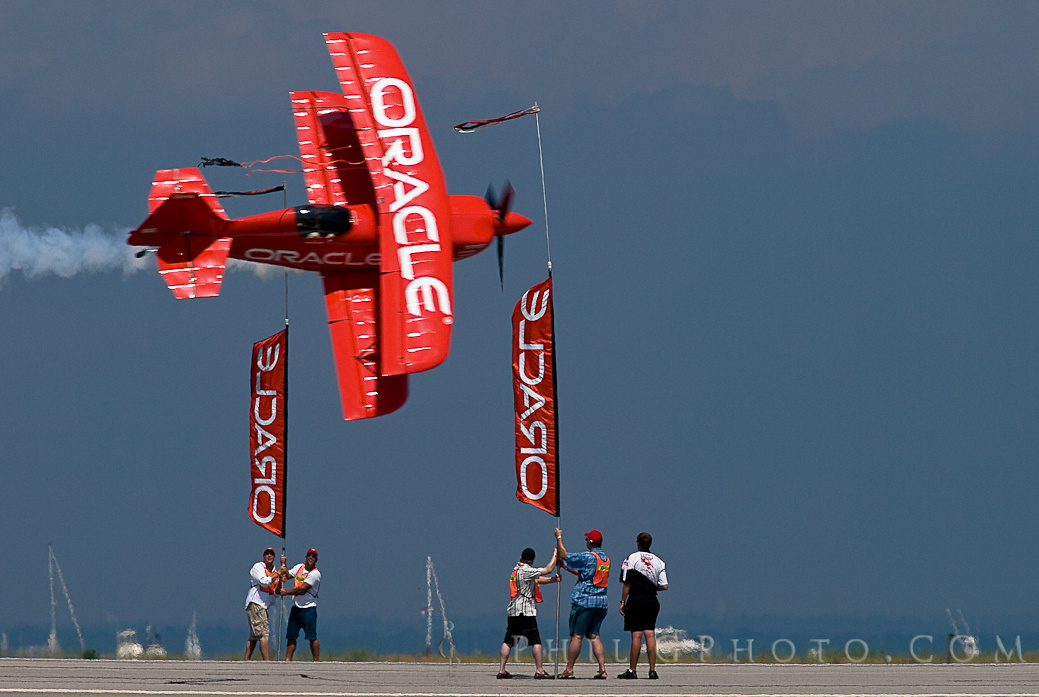 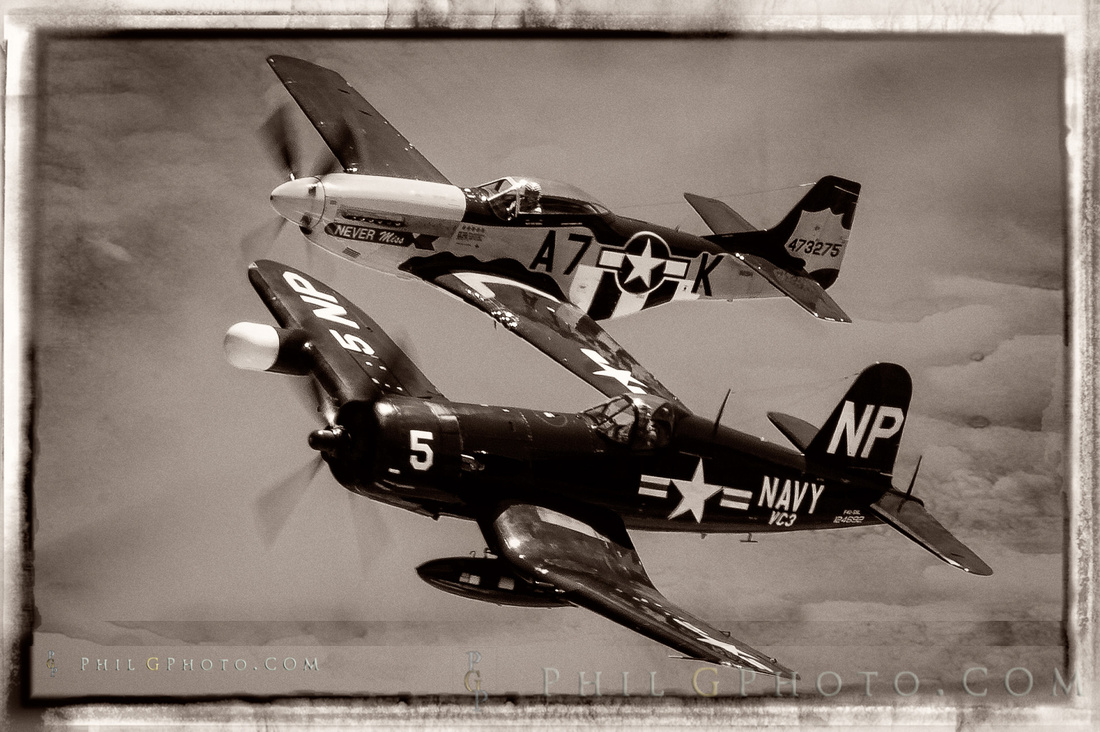 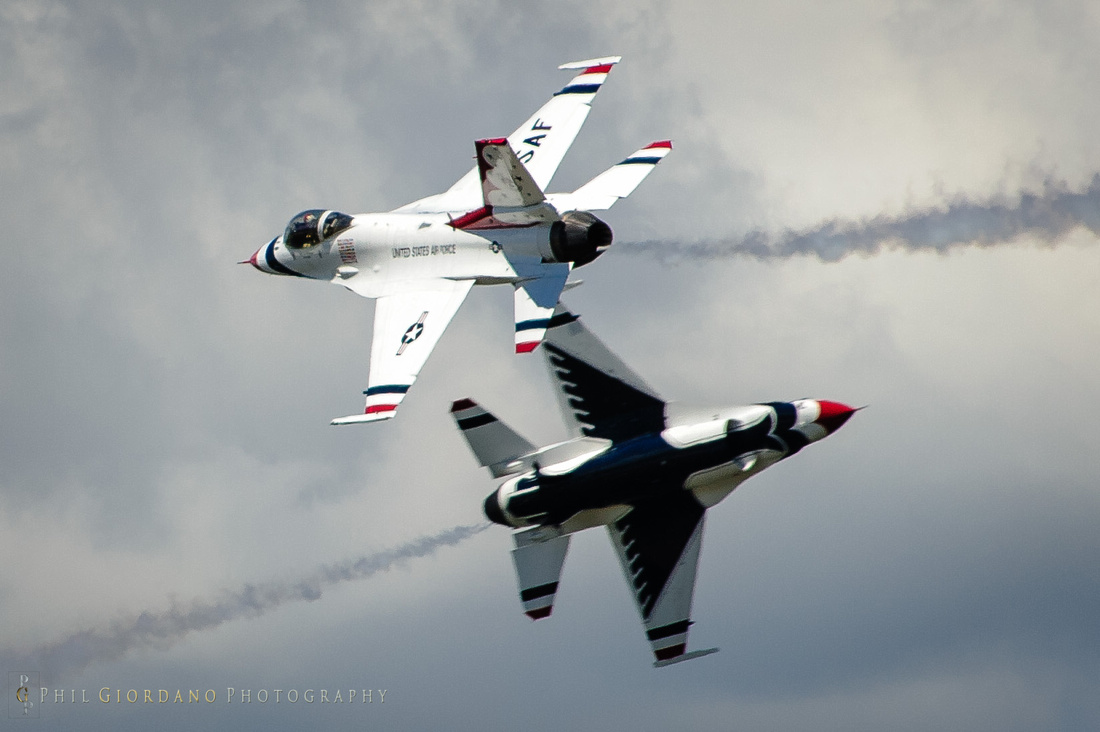 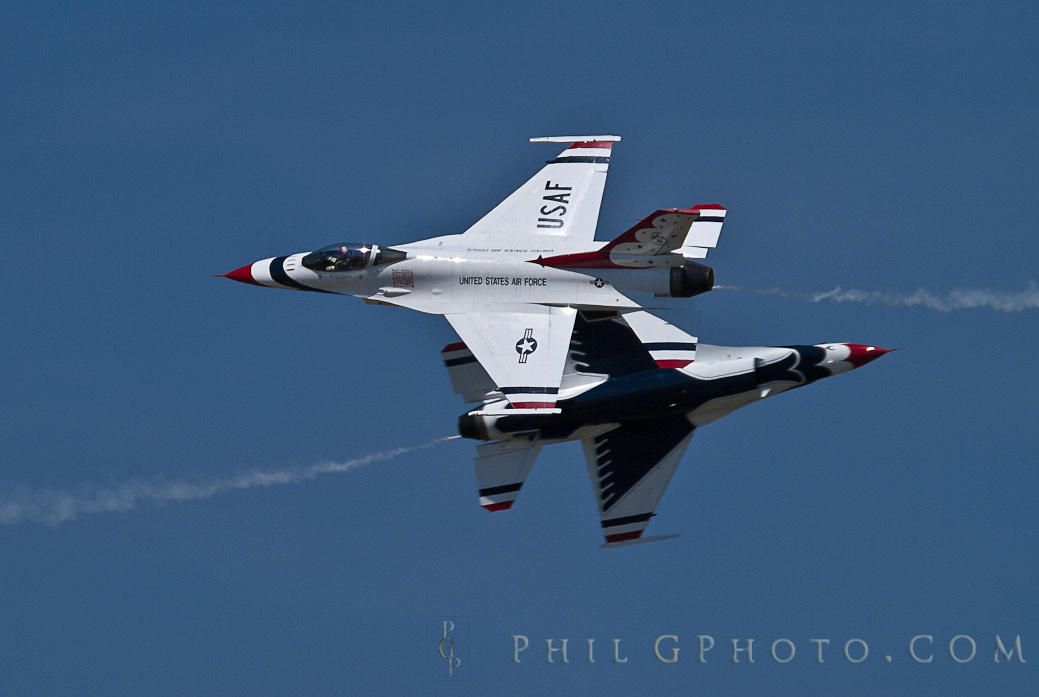 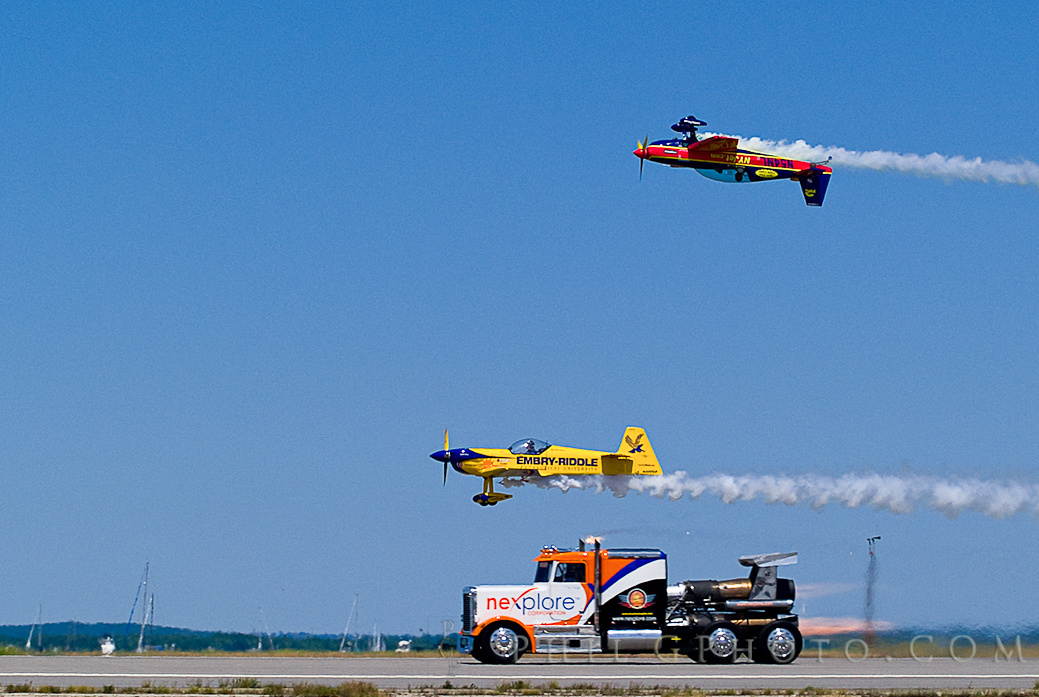 Airshows are fun! Don’t get so engrossed in shooting that you forget to have a good time. Even after many airshows over the years and seeing hundreds of aircraft in flight, I still get goose bumps every time a Mustang screams past. 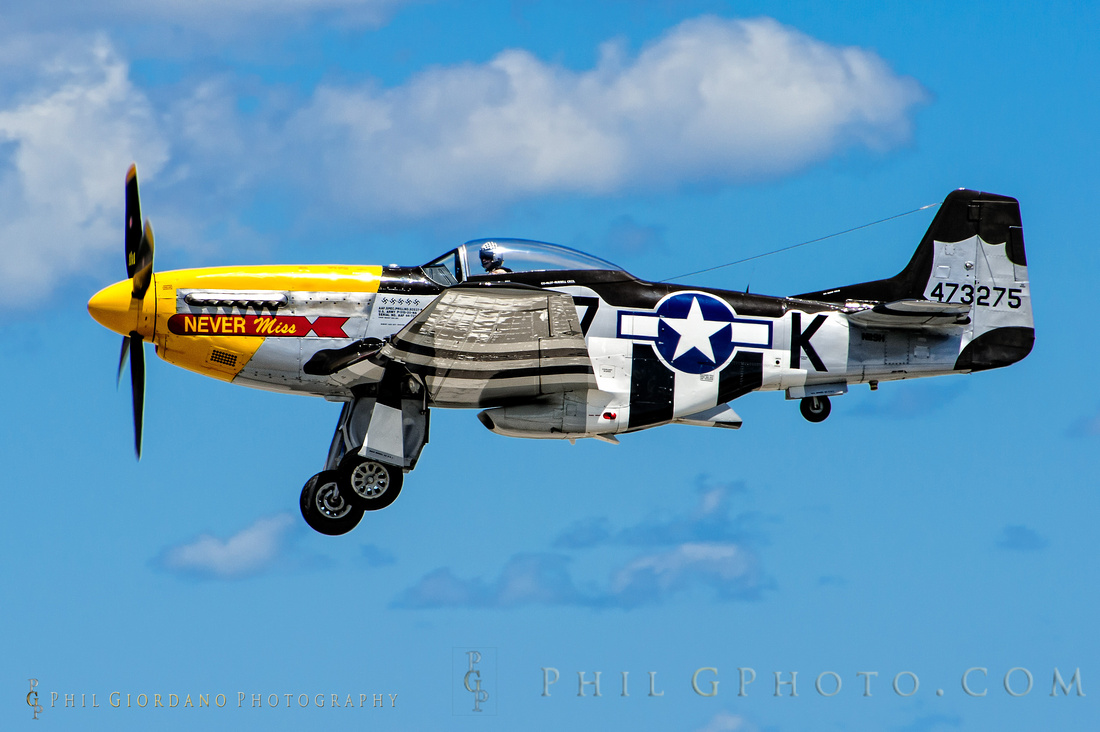